The XX Chromosomes of Botany 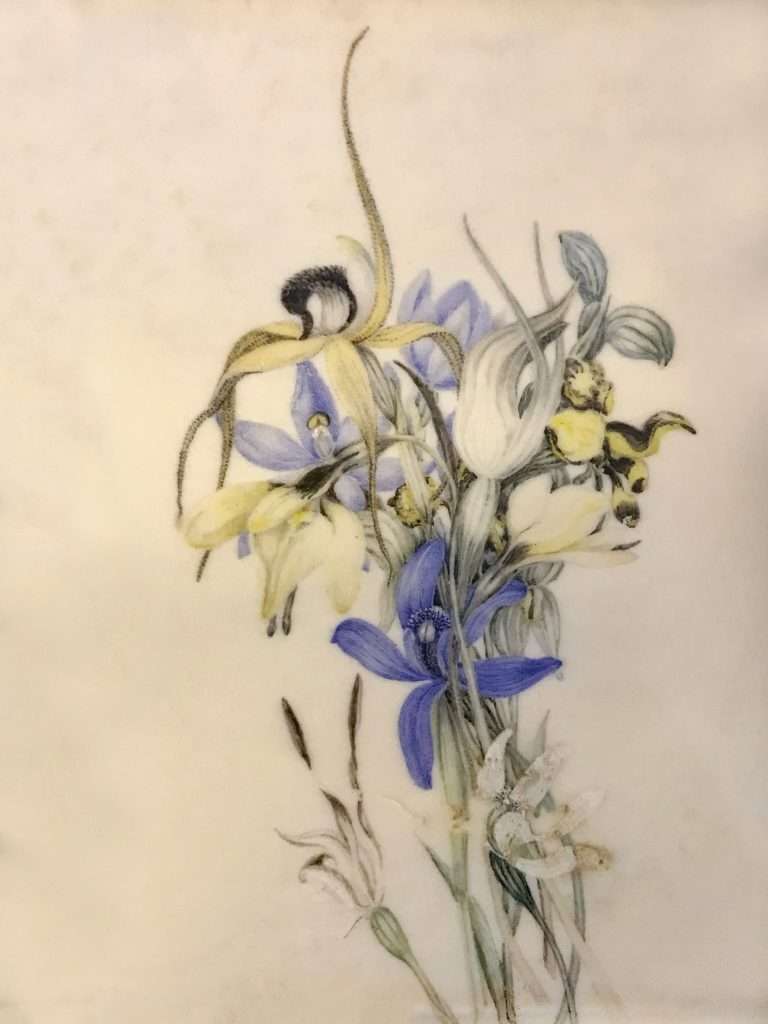 The XX Chromosomes of Botany

When people see a flower, most won’t see it as a gendered symbol. However, in a plant’s practical way, that is just what a flower is. The science of botany likewise has a male and female side, with great contributions from both genders.

Women’s contribution to human knowledge and management of flora has a long and continuous history through the centuries, on all continents – through herbalism, midwifery, kitchen gardening and scientific specimen collection – but the history books and Latin plant names misrepresent reality, often pointing to men in what is traditionally a woman’s world.

This is an introductory survey of some of the ‘mothers’ of Tasmanian botany. It is a precis of a series to come which can delve into the many aspects of naturalism on our island – by subject and by person, historical and contemporary – for those to whom this topic is a lesser-known realm.

Persevering through the war years and working long hours at the University of Tasmania, Dr Winifred Curtis (1905-2005) left a strong legacy as a skilled, motivated and inspirational botanist. Without the work of Dr Curtis, we would not have the invaluable tomes she compiled – five volumes of The Student’s Flora of Tasmania, and six volumes of The Endemic Flora of Tasmania. Dick Burns captured the prevailing sentiment when he wrote that, ‘For several generations of Tasmanians, Dr Curtis has symbolised Tasmanian botany. When someone was questioning the identification of a plant, the response would be “check in Curtis”.’ [1] The 75-hectare Winifred Curtis Reserve in Scamander, on the East Coast of the island, was named in her honour.

Dr Curtis was active across the breadth of the state, being a founder of the Launceston Field Naturalists Club; and a pillar of the University of Tasmania Botany department in Hobart, where she was appointed Senior Lecturer in 1951 and Reader in 1956. Born in British India, her involvement in botany predated her Tasmanian years. She graduated with a Bachelor of Science from University College, London; completed an Honours degree in Botany; and undertook practical work in the Kew Gardens. She later gained a Master of Science degree and was awarded her PhD from University of London for her botanical research. Dr Curtis travelled Europe and taught in England [2], then when she relocated in 1939 in the interest of finding a suitable cooler climate for her parents, Tasmania was the lucky one of three candidates – the others being Vancouver and New Zealand.

Dr Curtis freely gave guidance and encouragement for even amateur field naturalists, always available to share knowledge on practical matters such as how to prepare and press specimens. That focus on people, as well as work, fostered a supportive and forward-moving atmosphere at the University of Tasmania Botany department. The intensity of Dr Curtis’ dedication to science and profession was unhindered by the responsibilities of marriage as she remained single, likely due in part to disturbances of the war.

A 1983 interview transcript [3] gives more details of her employment at the university: until 1948 there was one salary scale for men and women. In 1948, women’s salaries were cut to nine-tenths of men’s, ‘the only time I became really roused out of botanising’. The year 1951 saw a new scale with no differentiation in salary. However, cost-of-living adjustment still disadvantaged women.

In 1955, when Dr Curtis had already written what she described as a ‘vigorous submission’, a Royal Commission finally unified University of Tasmania salary scales for men and women, as for all other universities.

Professor Vernon Hickman was the head of Botany at that time, and in Dr Curtis’ view, he fit perfectly. Dr Curtis described an ideal head of department as ‘someone who is intensely interested in their job, and yet has time to think about people,’ and also said that ‘the biology department was the happiest one could imagine.’ [4]

A friend, student and colleague of Dr Curtis, Mary Cameron (1925-2001) lived a very different but also accomplished life. Cameron’s daughter-in-law and author of Tasmanian historical fiction book The Oyster Girl, Wren Fraser-Cameron, describes Cameron as a post-war wife and a quiet achiever, stoic and with a dry sense of humour. David Cameron, son of Mary and husband of Wren, is a highly regarded marine scientist and joint recipient of CSIRO’s 2019 Chairman Medal for research excellence [5] [6]; a dedicated natural historian; and keen birdwatcher known as serial winner of ABC’s Tweet of the Week. [7]

Cameron studied botany at the University of Tasmania before the war. She taught biology at Broadland House, now part of the Launceston Grammar School campus. The Launceston Field Naturalists Club’s Guide to Flowers and Plants of Tasmania, which filled a unique niche and is now in its fifth edition, was edited by Cameron. For many years, Cameron curated the herbarium of the Queen Victoria Museum in Launceston, and through night school she also obtained her librarianship qualification.

The love and study of plants lives on in the Cameron family, and in the broader community of naturalists. When speaking with Wren Fraser-Cameron for this article, she had just come inside from skink observation on a sunny day at her Lune River home in Tasmania’s wild far south – and it is this attention to detail in flora (and fauna) that characterises the work of female naturalists. Speaking of the Cameron’s wilderness home, Deborah Wace comments that ‘those 110 acres were also my home for twenty years,’ and that her deep association with Wren continues with an exciting partnership for the Tamar Valley Writers Festival planned for 2022.

While Sir John Franklin ordered tracks to be cut in the penal days of the colony, Lady Jane Franklin (1791-1875) dedicated herself to collecting plant specimens which were later catalogued. Lagarostrobos franklinii, commonly known as Huon Pine, and the rainforest shrub Acradenia frankliniae are both named in honour of the Franklins. Lady Franklin was a keen natural scientist, and was recognised as the driving force behind the Franklins’ efforts for improvement of scientific and social life within the community. Perhaps their era’s particular brand of enthusiasm for natural science was little more than another way of conquering the new, and claiming it for king and country – the Franklins’ harrowing exploratory expeditions were undeniably pragmatic and necessary for reconnaissance. Nevertheless, Lady Franklin made a lasting contribution, which can be explored through the Allport Library and other archives.

A particularly noble character is Louisa Anne Meredith (1812-1895), an inquisitive and analytical trailblazer. With Meredith’s strong intellect and outspokenness, she was regarded as having a sharp tongue in the context of her male-dominated society. Meredith trudged through colonial landscapes of Tasmania and Victoria with her husband and family, collecting specimens and making photographs long before photography gained popularity. She was also renowned as a prominent artist of her time.

Meredith related strongly to the natural world and expressed herself through it, as in this snippet from a biography:

Towards the end of 1852 Louisa wrote to congratulate her sister-in-law Maria on the arrival of her first child, a daughter, Mary Rose, and referred to her birth ‘as a sort of domestic herbarium with Rosemary, you must continue the catalogue with marjoram, thyme, sage and mint.‘ [8]

Her spirit being ahead of the times, Meredith was a founder of the first of the Tasmanian branches of the Society for the Prevention of Cruelty to Animals. Horrified by the sores hidden underneath sidesaddles on horses’ backs, and other instances of routine animal cruelty, she showed a strong sense that humanity is accountable for its actions. [9]

Plant biologist Patricia Selkirk (b. 1942) is a living link in this continuum, being a contemporary of Dr Curtis and connected with the work of Deborah’s father, Dr Nigel Wace. As acknowledged by the Australian Antarctic Program, Selkirk is ‘a trail-blazer in Antarctic science’ and ‘a role model for female scientists.’ [10] She undertook research expeditions centred on Macquarie Island, numbering eleven in the years from 1979 to 2004 – personally having great affection for the island’s vegetation and birdlife. [11] This and other remote expeditions set her apart in a time when women’s domain did not extend offshore.

Selkirk remains at Macquarie University as an Honorary Fellow, but her presence reaches far past her Sydney base. She has mentored and inspired scientists who are now working at the Antarctic Division in Hobart, and the network of links between the work of Selkirk and Dr Nigel Wace deserve a future article.

The individual research produced by these women of botany accumulates in a synchronistic way, which is a product of deep exploration and commitment to their chosen study. Their dedication has deepened understanding of our natural treasures, and filters into public appreciation which helps to preserve it. Without their input, the study of botany would be far behind where it is today.

For the Tasmanian and international worlds of botany, citizen science is feeding into deep academic research – sustaining a spirit which is egalitarian and vibrantly alive.

To read more about lives in botany, click here to find my Australian Garden History article, ‘A wild garden in remote Tasmania’. 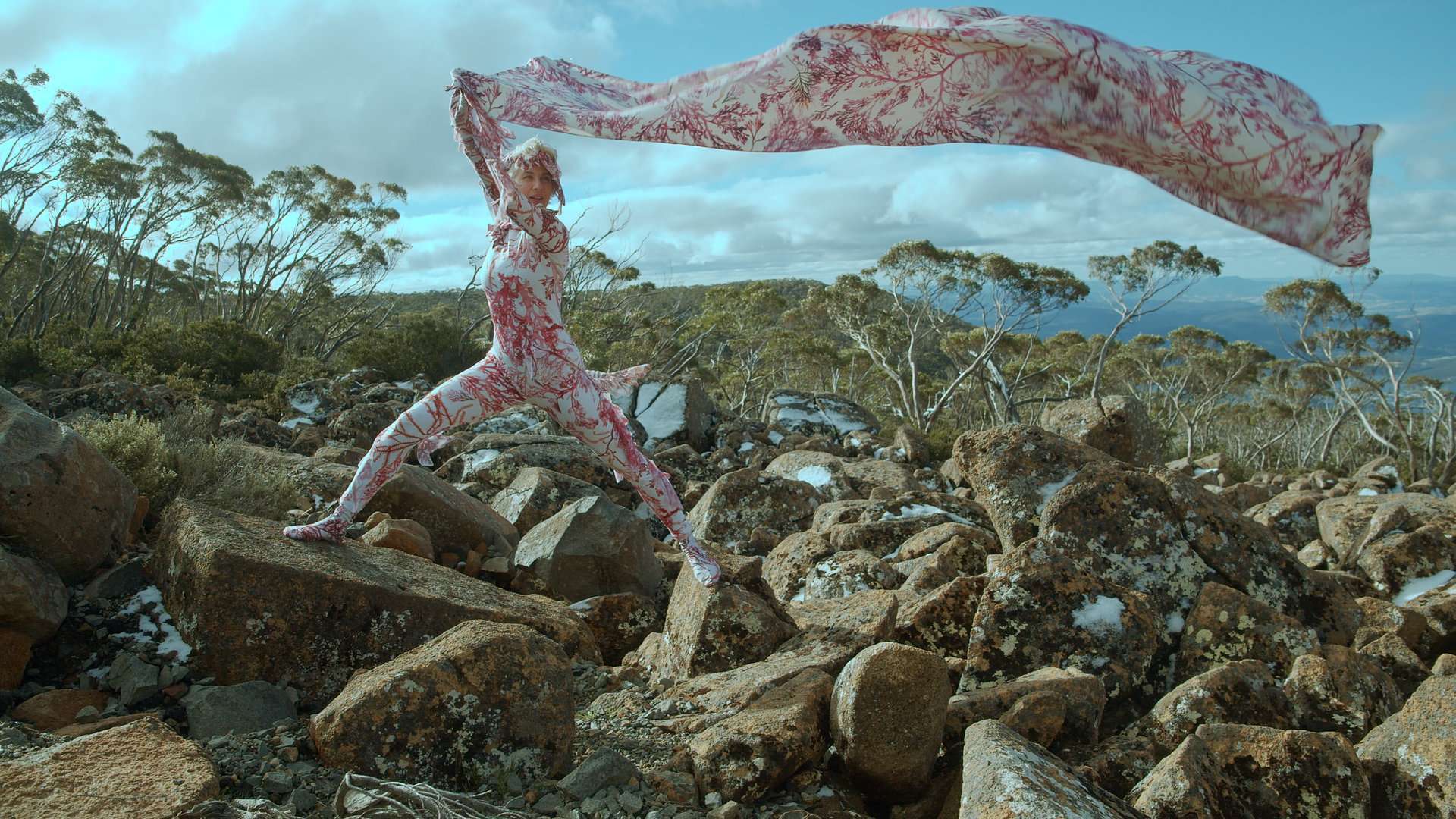 The ‘Sartorial Naturalist’: thank you! 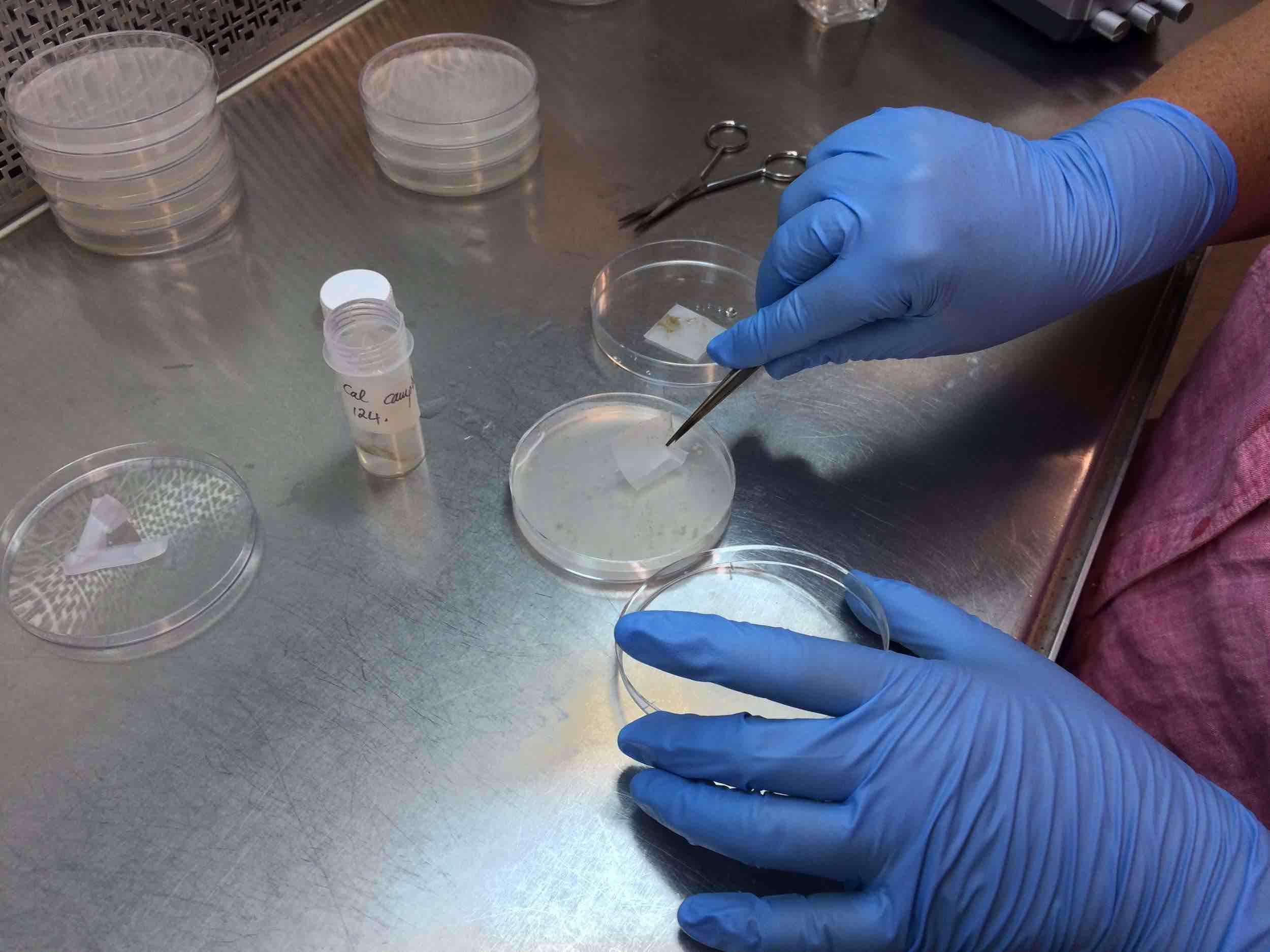